At Tech Brigade we use a number of in-game props:

A head and shoulders aluminium cut out target which has to be shot to end the game. 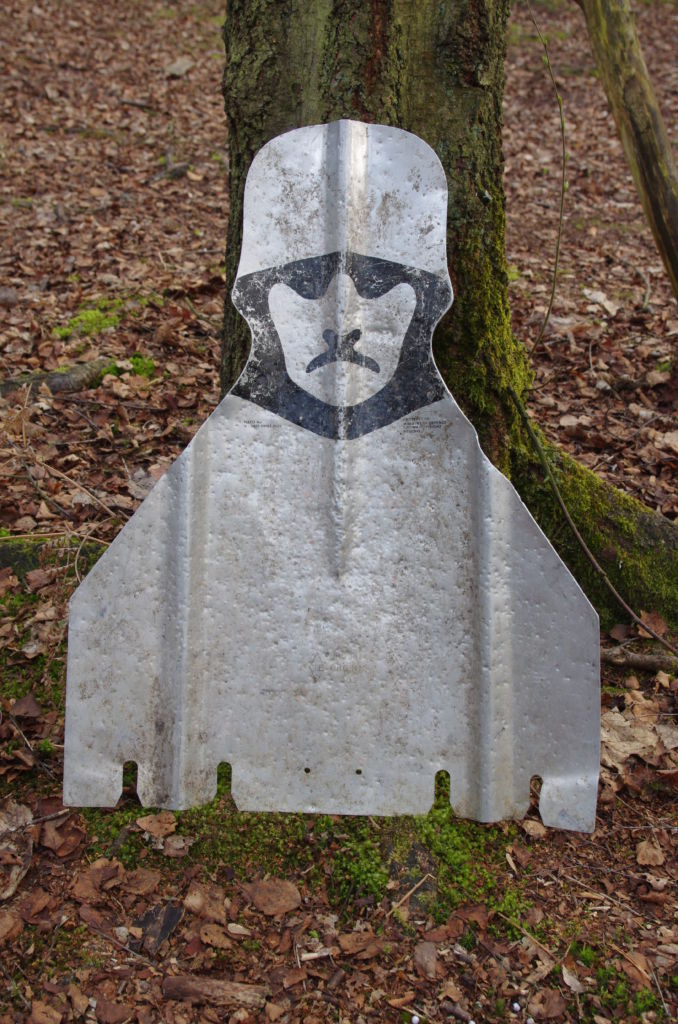 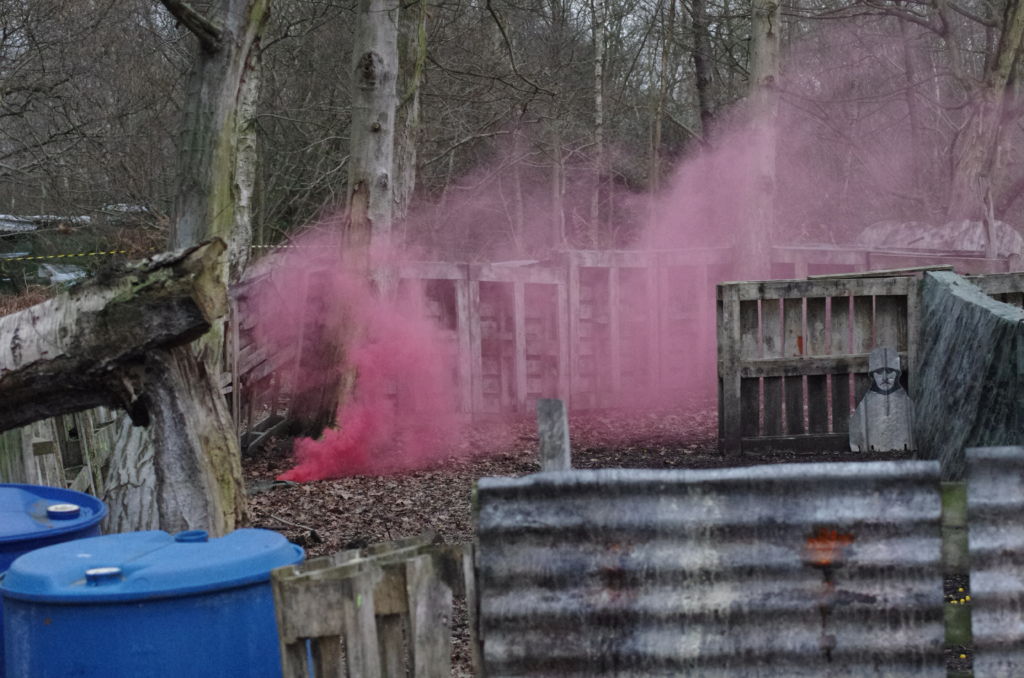 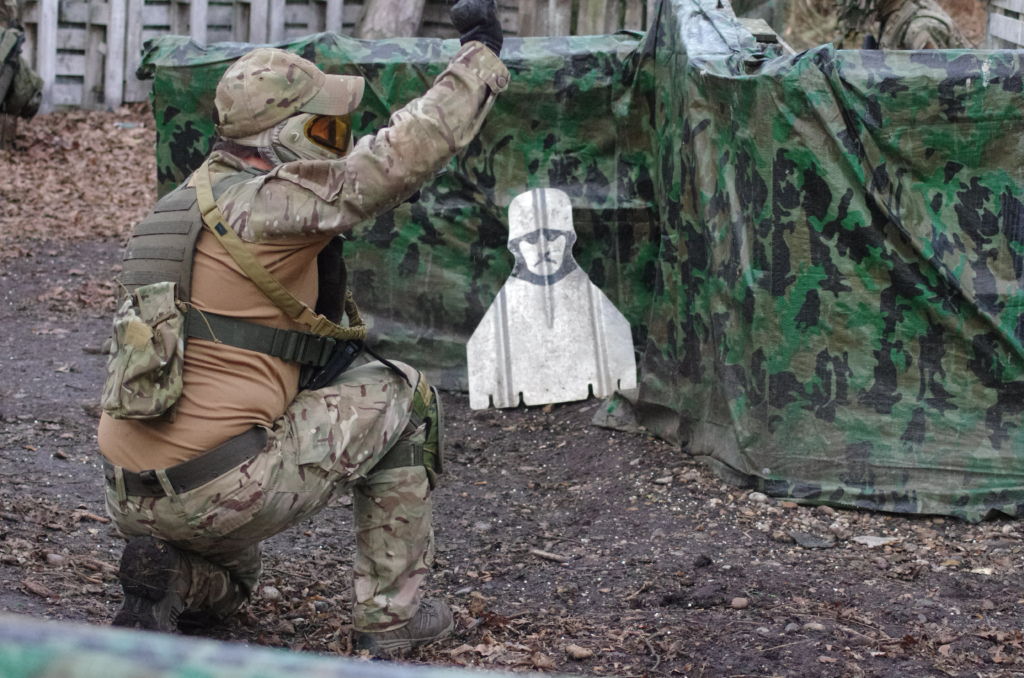 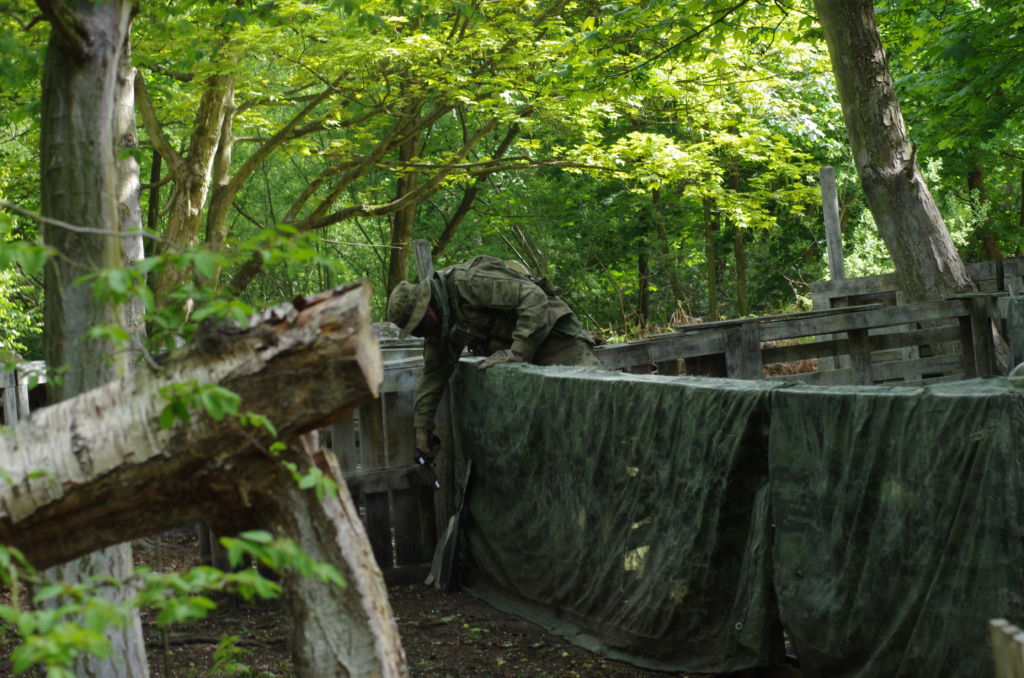 Which need to be captured / collected. 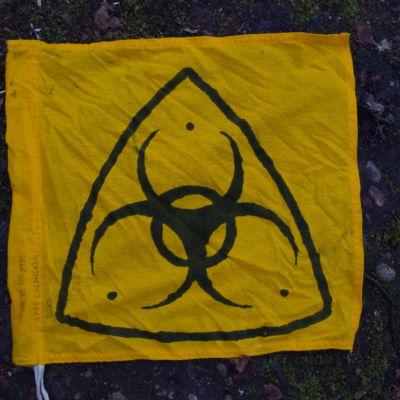 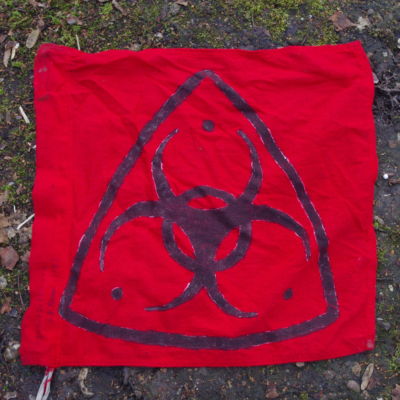 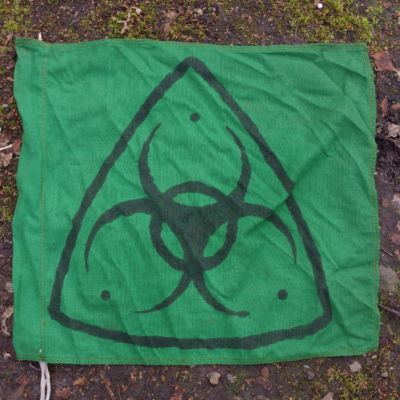 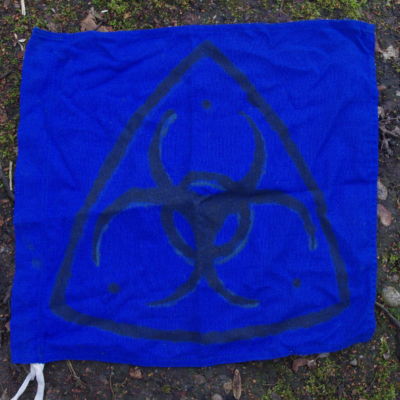 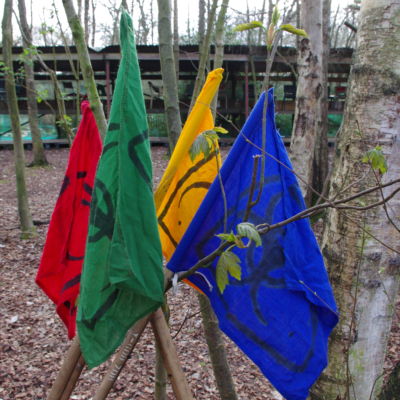 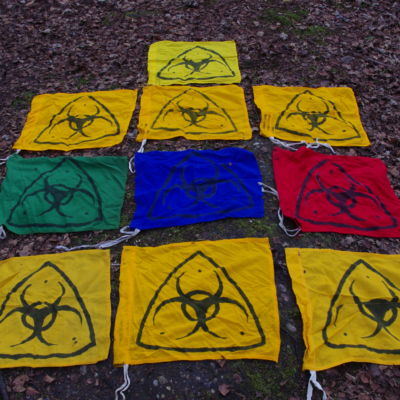 All the Tech Brigade Flags 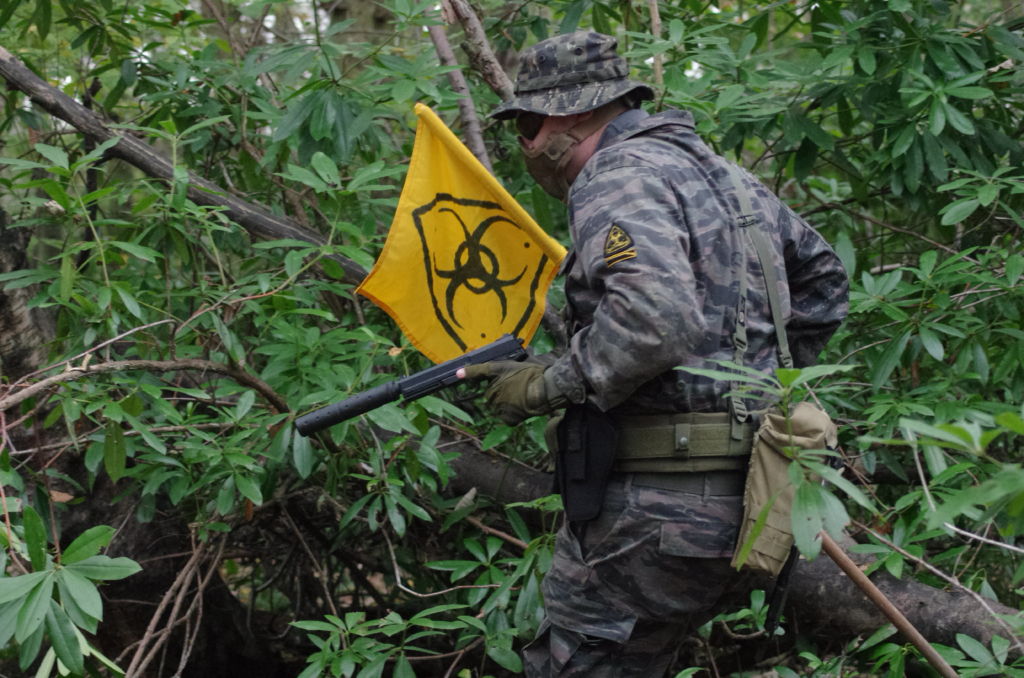 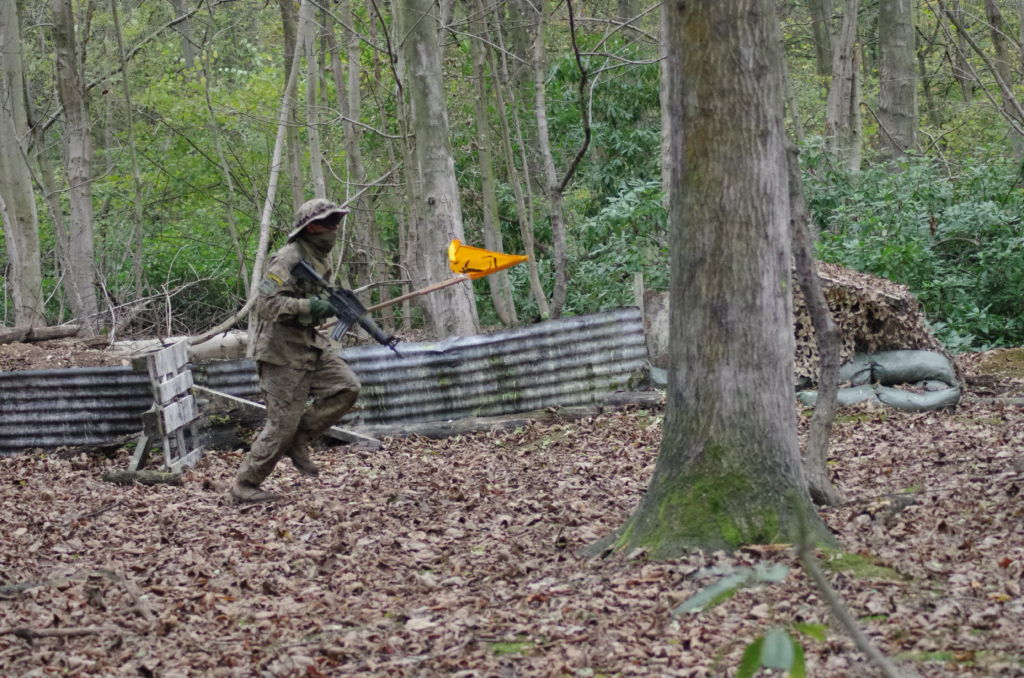 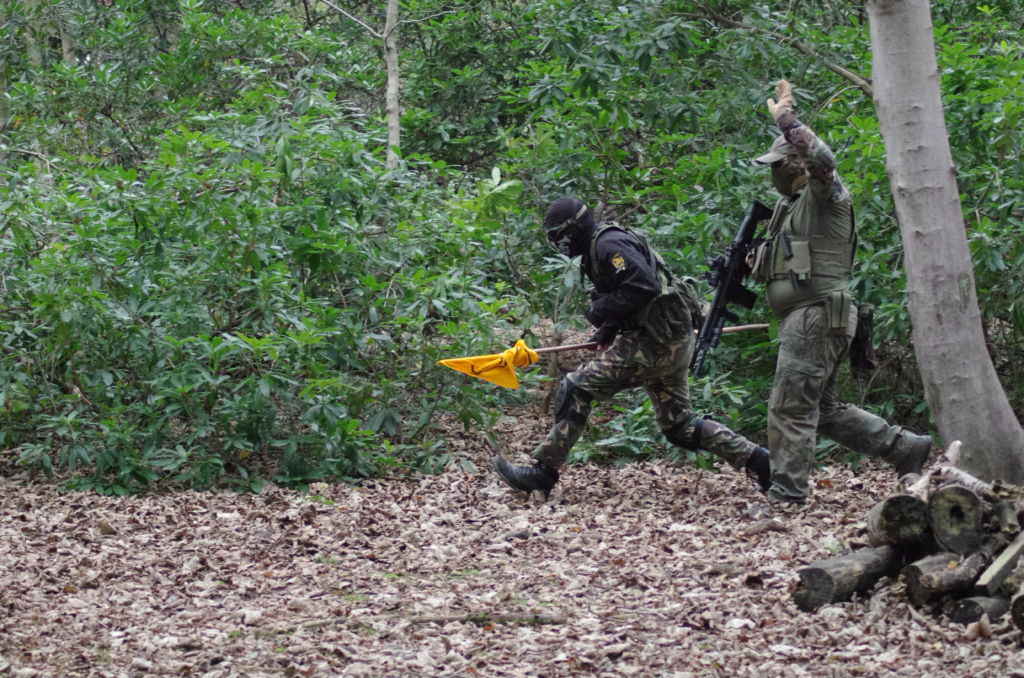 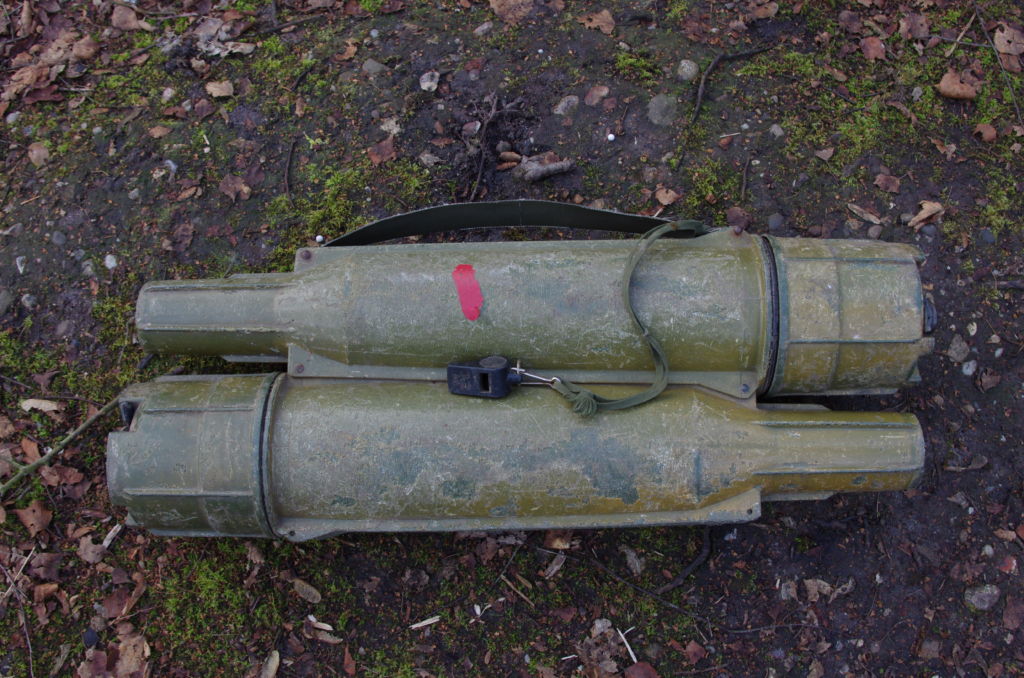 The Sapper Satchel is webbing pouch filled with blocks of “C4” with a whistle attached. Missions involve getting the satchel to a specified point and setting it off (blow the whistle). 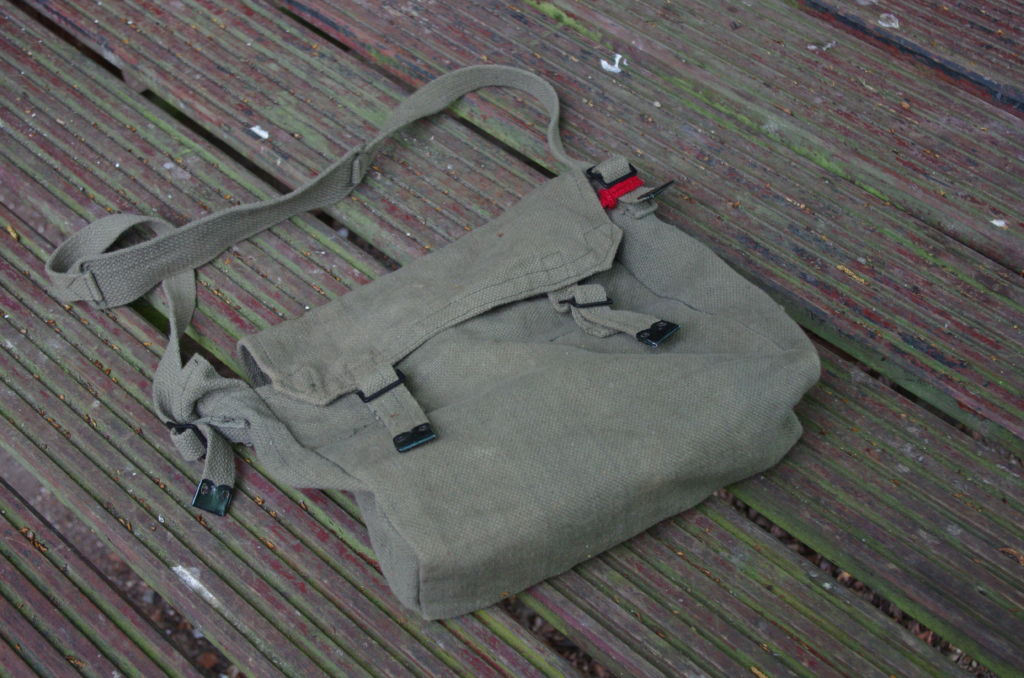 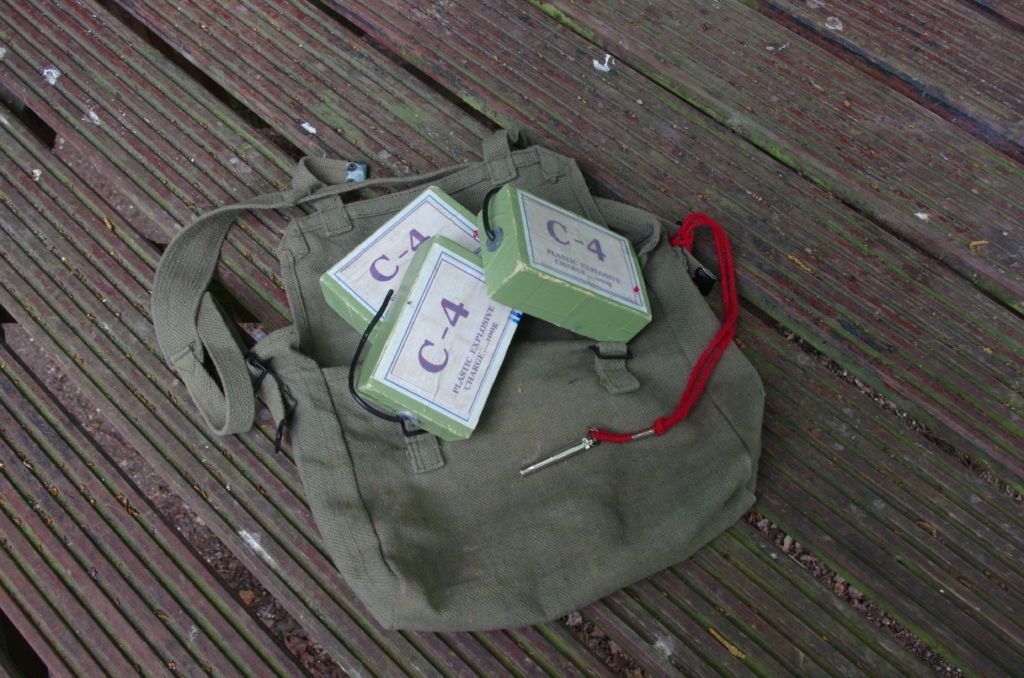 Three yellow ammo boxes containing: A battery, A key switched intermediate box / pyrotechnic firing box and an Alarm box. These have to be gathered together and connected using special short cables in a daisy chained fashion. These can be used in several permutations: 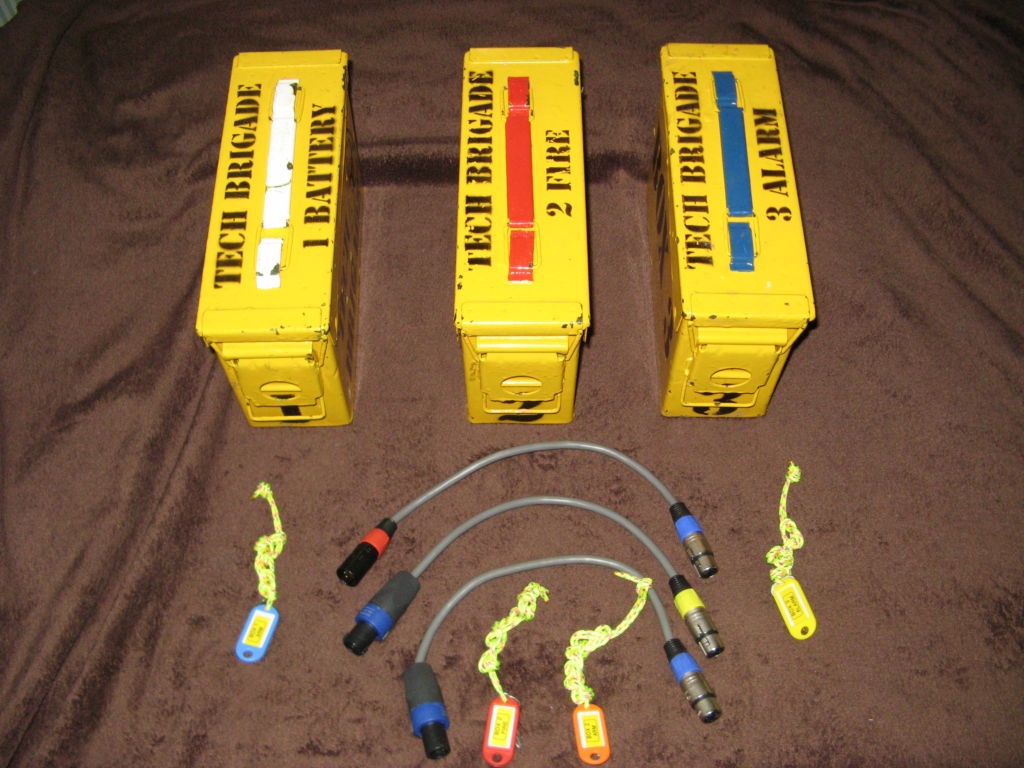 How do the boxes get used? 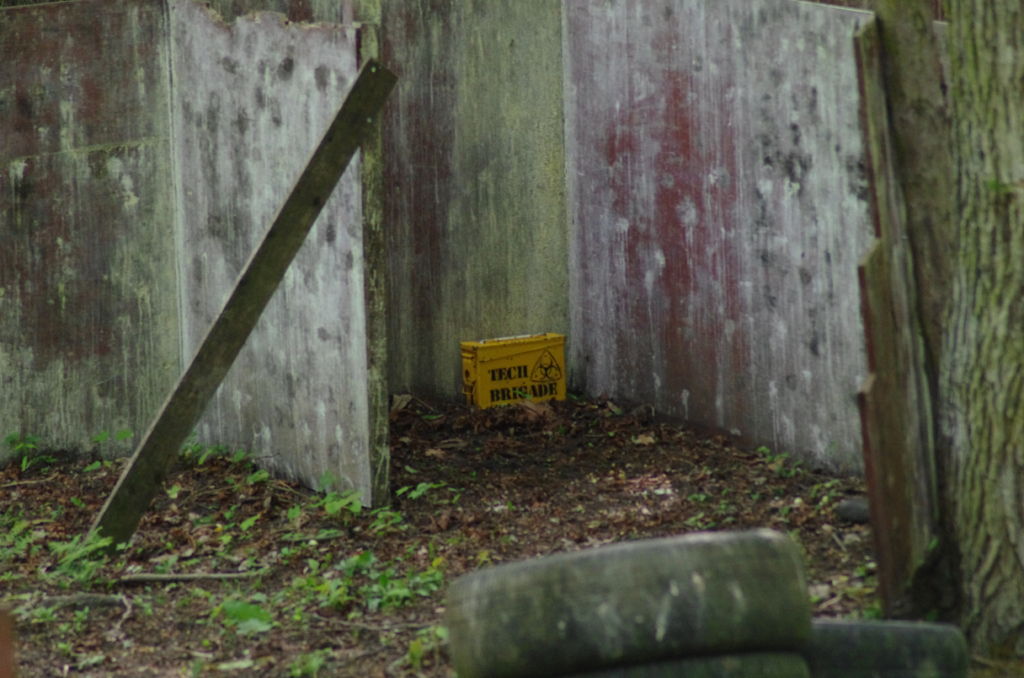 Then the attackers have to find the box… 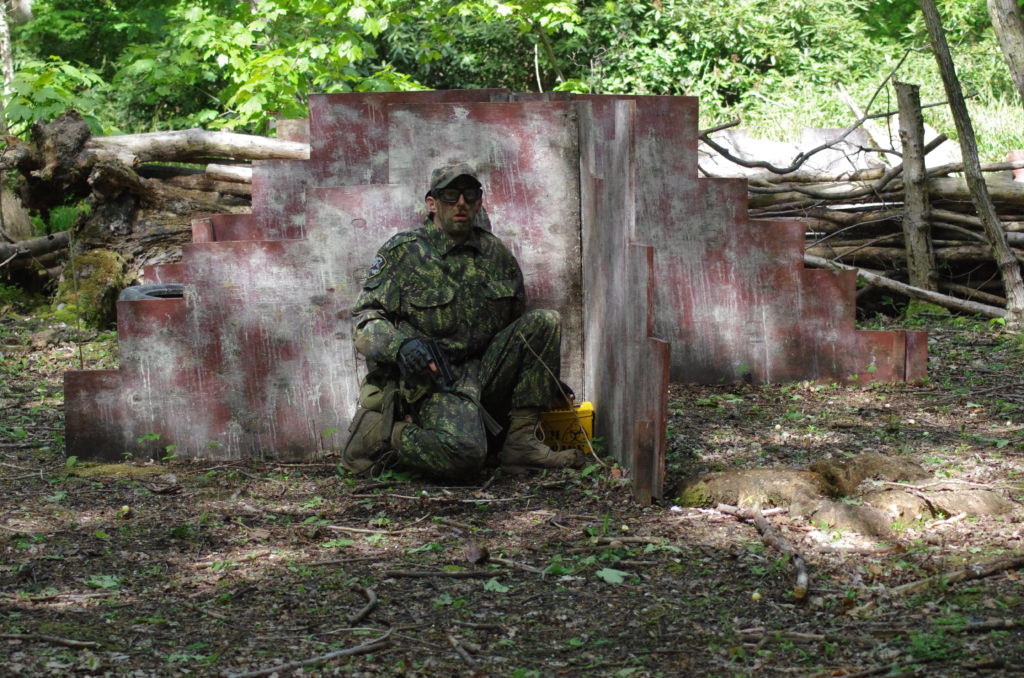 Then move the mission box…. 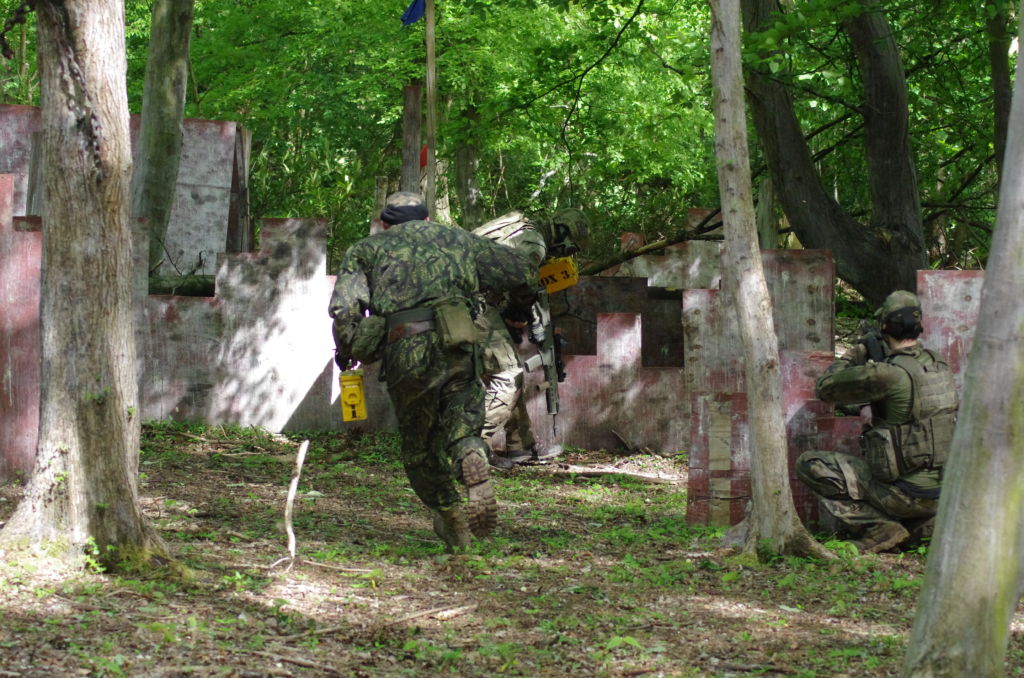 Cannonfodder runs off with the Mission Box to find the other box.

When you get the two together…. 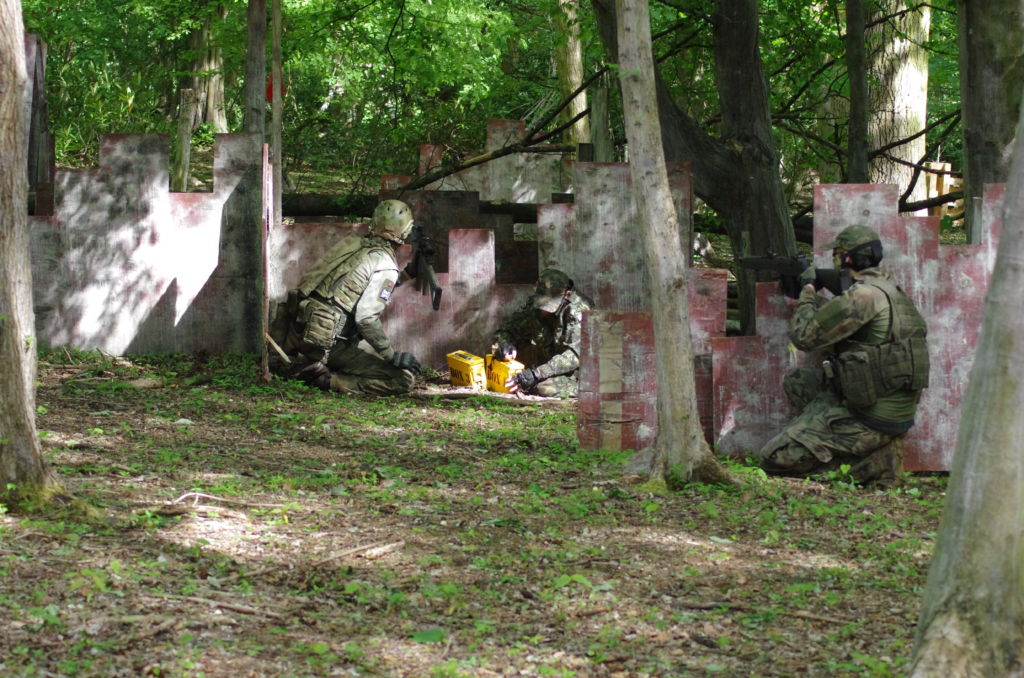 Cannonfodder finds the other Mission Box. 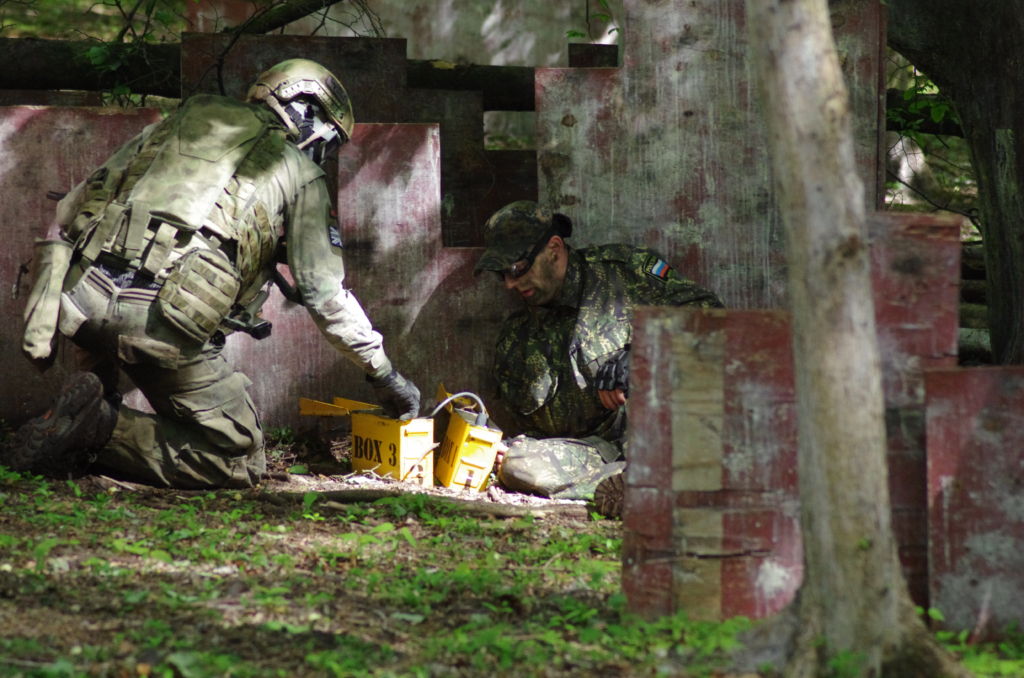 Hook the two boxes up together, throw the switch, alarm goes of… Game Over Man!